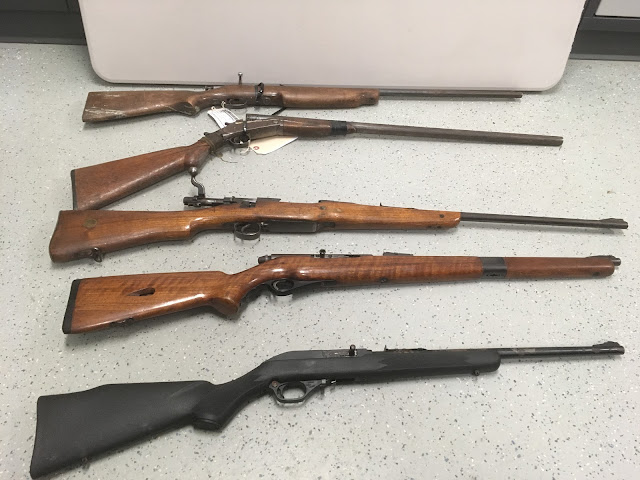 RCMP Alberta - Crime reduction units rely on intelligence gathering to identify crime trends, primarily in hotspots, target repeat offenders and disrupt criminal activity in communities across the province.  “The use of video surveillance by a home owner assisted with this investigation,” says Sergeant Sarah Parke, Detachment Commander of the Bonnyville RCMP Detachment. “The use of devices such as trail and door bell camera's or other surveillance equipment can help catch a criminal in the act.”


On May 14th 2018, the Bonnyville RCMP received a report of a break and enter that had occurred at a residence and multiple outbuildings on a property in rural Bonnyville. Police were advised that an assortment of hand and power tools, along with multiple long barrelled firearms had been stolen from the property.

Bonnyville RCMP and members from the General Investigative Section (GIS) along with the Eastern Alberta Crime Reduction Unit (EADCRU) proceeded with the investigation and suspects were identified. 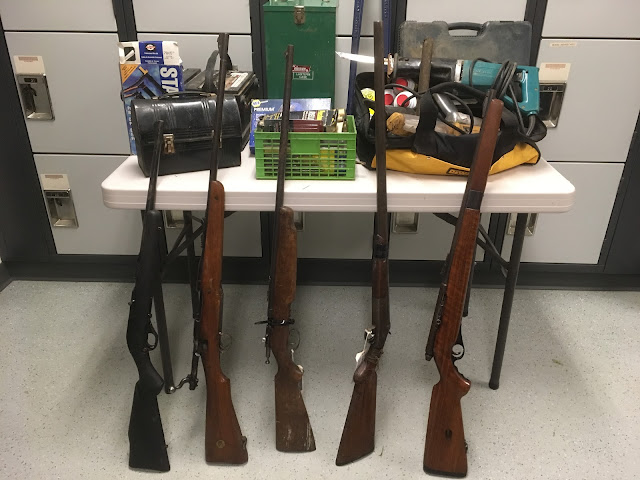 On May 18th 2018, a search warrant was executed at an apartment complex in Bonnyville and two males were arrested. A third male was arrested at a residence on May 22nd, 2018. Five long barrelled firearms along with some of the hand and power tools that had been stolen were recovered at a separate rural location.

Several firearms related charges are also anticipated but at this time have not been sworn.