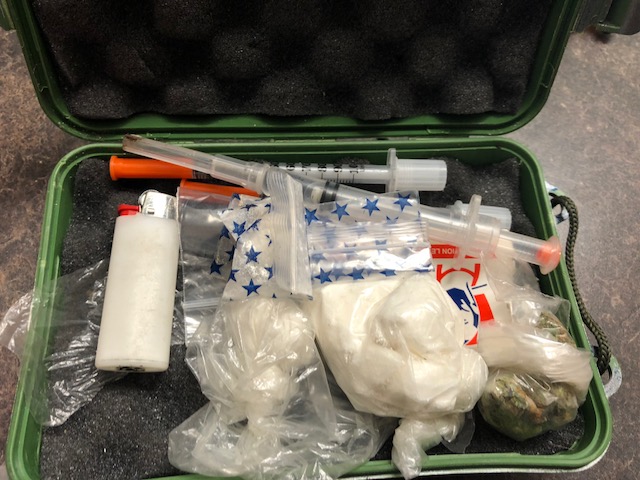 RCMP Alberta – On May 22, 2018, Killam RCMP responded to report of a stolen truck being located in Hardisty, Alberta. The victim called police to report the location of the vehicle.


Before police arrived, two suspects exited an Inn and started driving the stolen truck. The truck was located in Hughenden, Alberta several hours later where it was reported the suspects had fled on foot.

Killam RCMP along with members from Provost, Consort, Coronation RCMP Detachments and Police Dog Services (PDS) searched the area. One suspect was taken into custody without incident. An additional call for service was received from the public for the second male who was also arrested several hours later.

A search warrant was executed at a room at the Inn the same day and police seized 40 grams of heroin, cannabis, ammunition, tools and various identification items which were reported stolen.

Daniel Newton, (32) and Derryl-Leigh Whitney George, (28) both of Camrose were charged with possession of stolen property over $5000.00 and possession of a controlled substance (heroin).

Daniel Newton was also charged with possession of ammunition while prohibited.

The two accused were released after a judicial hearing on a Recognizance and are set to appear in Killam Provincial Court on June 5, 2018.

“Apprehending these offenders was a priority for all of the detachments involved,” says Corporal Trent Cleveland, Killam RCMP Detachment Commander. “We appreciate the tips received during this investigation as it assisted us in arresting repeat offenders and disrupting their illegal activities.”