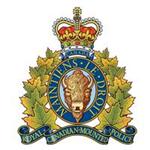 RCMP Alberta – On May 16, 2018 at approximately 6:20 p.m., St. Paul RCMP responded to reports of shots being fired in Saddle Lake.  Police responded and started looking for a suspect truck with several occupants. The truck was located at a residence but quickly fled the area almost colliding with a police vehicle.  A pursuit of the truck was initiated and after a short distance the truck collided into a ditch. An adult male and a youth female suspect remain in police custody.

Police continue to investigate the details surrounding the shooting incident but can confirm at this time no victims were injured. Police do not believe this was a random act.