Syphilis and gonorrhea on the rise in AHS South Zone 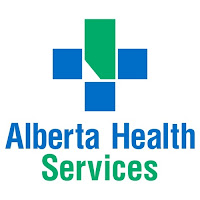 Alberta Health Services - Alberta Health Services (AHS) is concerned about an apparent spike in syphilis and gonorrhea in the South Zone, prompting a reminder of the importance of safe sex practices among all sexually-active age groups, including seniors. Between January and March of 2018, 11 cases of gonorrhea were documented in the South Zone; which is two more than were reported in all of 2017.  It is not unusual for individuals who have a sexually-transmitted infection (STI) to have more than one STI at the same time.  HIV, gonorrhea, syphilis, and chlamydia are all examples of STIs.

Recently, three new cases of gonorrhea were identified in the South Zone. Individuals with gonorrhea may have numerous sexual contacts - both known to them and anonymous - who have been potentially exposed.

An STI is also sometimes referred to as an STD (sexually transmitted disease). They are caused by a bacteria, virus, or parasite passed from one person to another through unprotected sexual contact.

The role of Public Health is to follow up with the known sexual contacts of people who are diagnosed with STIs; to let them know they may have been exposed and to provide information on how to get tested.

If left untreated, STIs can have lasting effects on your health and fertility. Even without a symptom, always see your doctor or sexual health service if you think you could have been exposed to an STI.

Check out www.sexgerms.com, AHS’s site for sexual health. On the website you will find information that is accurate and honest. You can also find out where to get tested so you can break the chain of disease.

If you think you may have been exposed to an STI, call HealthLink at 811, see your family physician or visit an STI clinic (information on locations at www.sexgerms.com )