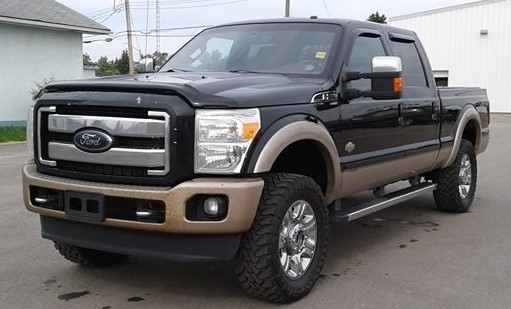 RCMP Alberta - On July 11, 2018 a Westlock RCMP member who was assisting in Barrhead was at an intersection in downtown when a truck drove through a red light.

Police activated the emergency lights and followed the truck a short distance to an apartment parking lot where a male driver exited the vehicle and ran inside the complex. The male then exited the complex and was quickly arrested without incident.

The male was believed to be a suspect in a previous theft of vehicle investigation that occurred at Barrhead Ford on June 25, 2018.

The truck that was driven on the day of arrest was a separate vehicle that was reported stolen out of St. Albert on June 29, 2018. Further information led police to the Rotary Park in Barrhead where a camper that was previously reported stolen from Sherwood Park on June 30, 2018 was recovered.