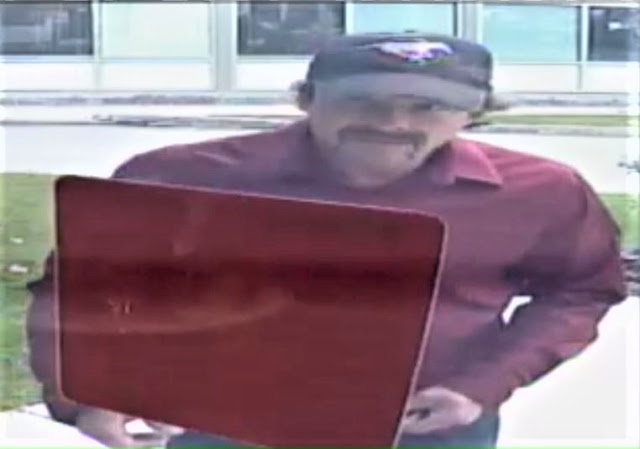 On August 28, 2018 at approximately 10:10 am, Airdrie RCMP were dispatched to a jewellery store robbery that took place at Goldworks Sales & Service Inc. at Unit 3, 704 Main Street South. A lone male approached the front doors of the store, pulled on the door slightly and then walked away. A few moments later, the same male returned to the store wearing a black mask over his face. He then entered the store holding a weapon. Store staff noticed this immediately and sounded the alarm. The audible alarm spooked the male suspect whom then left on foot. 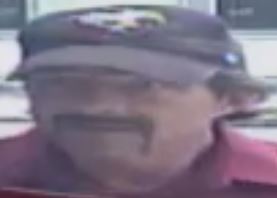 Airdrie RCMP along with the assistance of RCMP Police Dog Services made attempts to locate the suspect in the area with no success.

The male suspect is described as:

· Approximately 5’10” with a medium build

· He had shaggy brown hair and a handlebar moustache


The Airdrie RCMP are releasing surveillance photos of the male suspect with hopes of someone knowing his identity.

If you have information about this incident or can identify the suspect, please call the Airdrie RCMP at 403-945-7200 or call your local police. If you want to remain anonymous, you can contact Crime Stoppers by phone at 1-800-222-8477 (TIPS), by internet at www.tipsubmit.com, or by SMS (check your local Crime Stoppers www.crimestoppers.ab.ca for instructions).