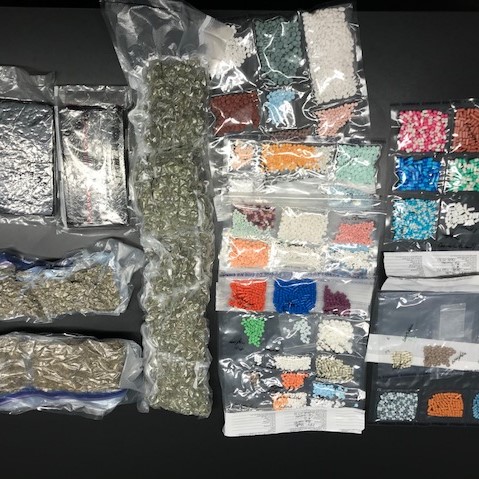 RCMP Alberta - On the 31st of July 2018, RCMP at the Edmonton International Airport were alerted to a suspicious suitcase that was heading to St. John's NFLD. Police searched the suitcase and located 2 kgs of hashish, 8 pounds of marijuana and a large quantity of pills that include fentanyl, oxycodine, morphine as well as a number of other controlled drugs.

"This represents a significant seizure of illegal drugs and will ensure that these drugs won't make it to the streets of St. John's" says Sergeant Beth Philipp, EIA RCMP Detachment Commander.

Leo Francis SHUTE, 45 has been charged with 9 counts of Possession for the Purpose of Trafficking. His next court appearance is in Leduc on August 16, 2018.