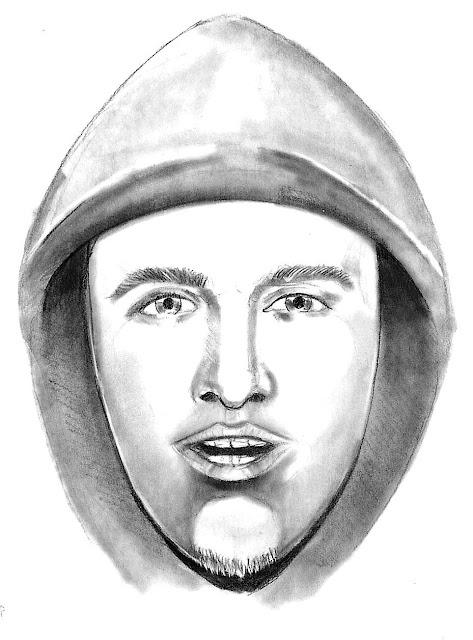 RCMP Alberta - RCMP are asking for public assistance identifying two suspects who assaulted a man early Tuesday morning. At approximately 2:00 am on August 14th, two males were seen checking car doors along Knowles Avenue in Okotoks. A member of the public was sitting in his vehicle when the two men checked his vehicle doors. When the suspects realized the car had an occupant one man fled on foot and the second man hid close by.

The occupant got out of his vehicle and as a result of confronting the second man, he was assaulted. The victim was treated on scene for minor injuries and did not require further medical attention.

The first suspect is described to be:
The second suspect is describe to be:
RCMP Police Dog Services attended in efforts to track both men who fled on foot however they were not located at the time. An RCMP Police sketch artist completed a composite drawing with the victim of the second suspect and we are asking anyone with information to contact the Okotoks RCMP at 403-995-6400 or Crime Stoppers at 1-800-222-8477 or www.crimestoppers.ab.ca.

We remind the public if observing what is believed to be a crime in progress to call 911 at the time of the event and do not approach the individuals.