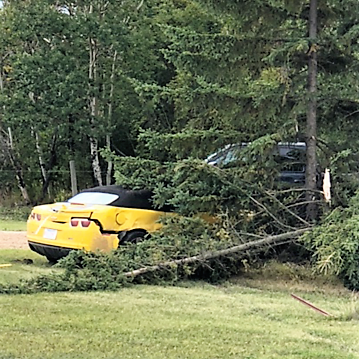 RCMP Alberta – The Central Alberta District Crime Reduction Unit (CRU) were successfully deployed by Leduc RCMP to effect the arrest of two wanted individuals. A male and female were identified as being wanted by police on several outstanding warrants. The CRU made it a priority to locate these subjects who were known to the police in Central Alberta District.

Information led the CRU to Hinton, where a stolen 30-foot recreational vehicle being used by the two was located and recovered. It was determined that two Camaros were stolen from a residence in Hinton, allegedly by the targeted individuals. The CRU determined that the individuals fled to Westlock in the Camaros.

On August 31, the Westlock RCMP received a complaint that a local Ford dealership was the victim of the theft of a Dodge pickup truck. Information was obtained that the male suspect responsible was dropped off by a female accomplice driving a yellow Camaro.

On September 1, the Westlock RCMP received information that both the stolen truck and suspect Camaro were at a gas station. The truck and the Camaro both fled from the gas station after purposefully ramming two responding police vehicles. A brief pursuit was initiated by responding Westlock RCMP and then terminated.

The Central Alberta District CRU were positioned in Westlock already as a result of determining that their targeted subjects had travelled to Westlock. With the timely CRU response, a tire deflation device was deployed and the Camaro went into the ditch to avoid the device. Police Dog Services attended and successfully tracked the female driver. She was arrested and transported to the hospital with minor injuries. It was determined that this was the same Camaro which had been stolen earlier out of Hinton. 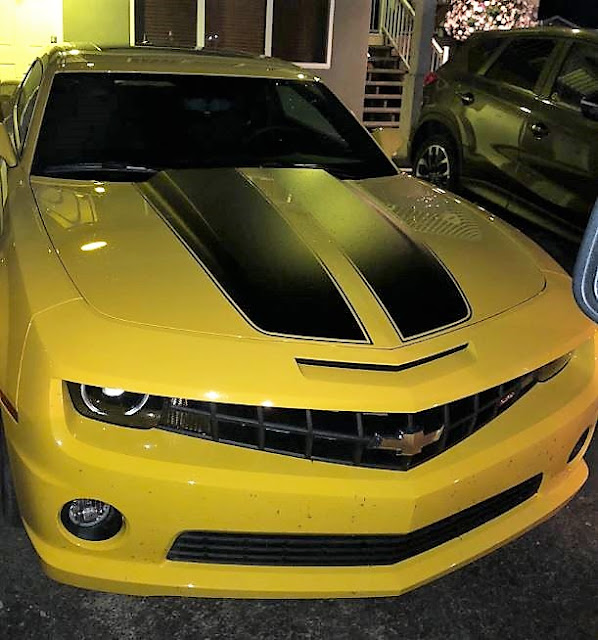 At 7:30 p.m. that evening, Central Alberta District CRU located the male suspect. He was in proximity of a stolen Ford F350. With the assistance of RCMP Air Services, and Police Dog Services, the CRU effected his arrest and seized the stolen Ford F350 along with multiple other stolen items, including a large quantity of tools from an earlier break and enter.

On September 2, the CRU, in conjunction with Leduc RCMP GIS located and seized the second yellow Camaro in Wabamun. In total, two Camaros, one Ford F350 and one recreational vehicle were all recovered by the CRU.

At the time of their arrests, 21-year-old Annette Brown and 28-year-old Eric Michael Unger, both of Red Deer, were wanted on a combined total of six warrants out of a combination of different detachments, including Leduc, Red Deer and Blackfalds. Investigation into several other unrelated incidents remains ongoing.

In relation to the Westlock incident, Eric Unger is facing the following 20 charges:

- Break and enter with intent

- Operation of a motor vehicle while being pursued by police

- Dangerous operation of a motor vehicle

- 3 charges under the Traffic Safety Act

Annette Brown is facing 17 new criminal charges as a result of this incident including break and enter and commit theft, fail to comply with a condition of a Recognizance (x7), dangerous operation of a motor vehicle, et al.

Both Unger and Brown were remanded in custody and were scheduled to appear in court in Westlock on September 4, 2018.

“The Central Alberta District CRU is a mobile unit which means that offenders who wreak havoc in one jurisdiction can’t hide in a different jurisdiction. We will effectively utilize intelligence to track offenders” says Corporal Will Hiscock of the Crime Reduction Unit. “It takes a unified response amongst different units and detachments to effect arrests like these.”